Women in Nepal have played an important role in the nation’s history, more recently being a significant part of the two Constituent Assemblies (CAs) that drafted Nepal’s federal constitution. Women’s presence in the CAs assured that the issues of diversity and inclusion from a gender equality perspective were included in the final constitution. The challenge ahead is to implement the constitution and create government bodies and design policies that would assure women’s rights as embodied in the constitution.
On this background, the Forum in collaboration with the Former Women’s Caucus held a Citizen’s Forum on Gender, Leadership and Federalism: Access and Engagement on 9 March, 2016 in Kathmandu. 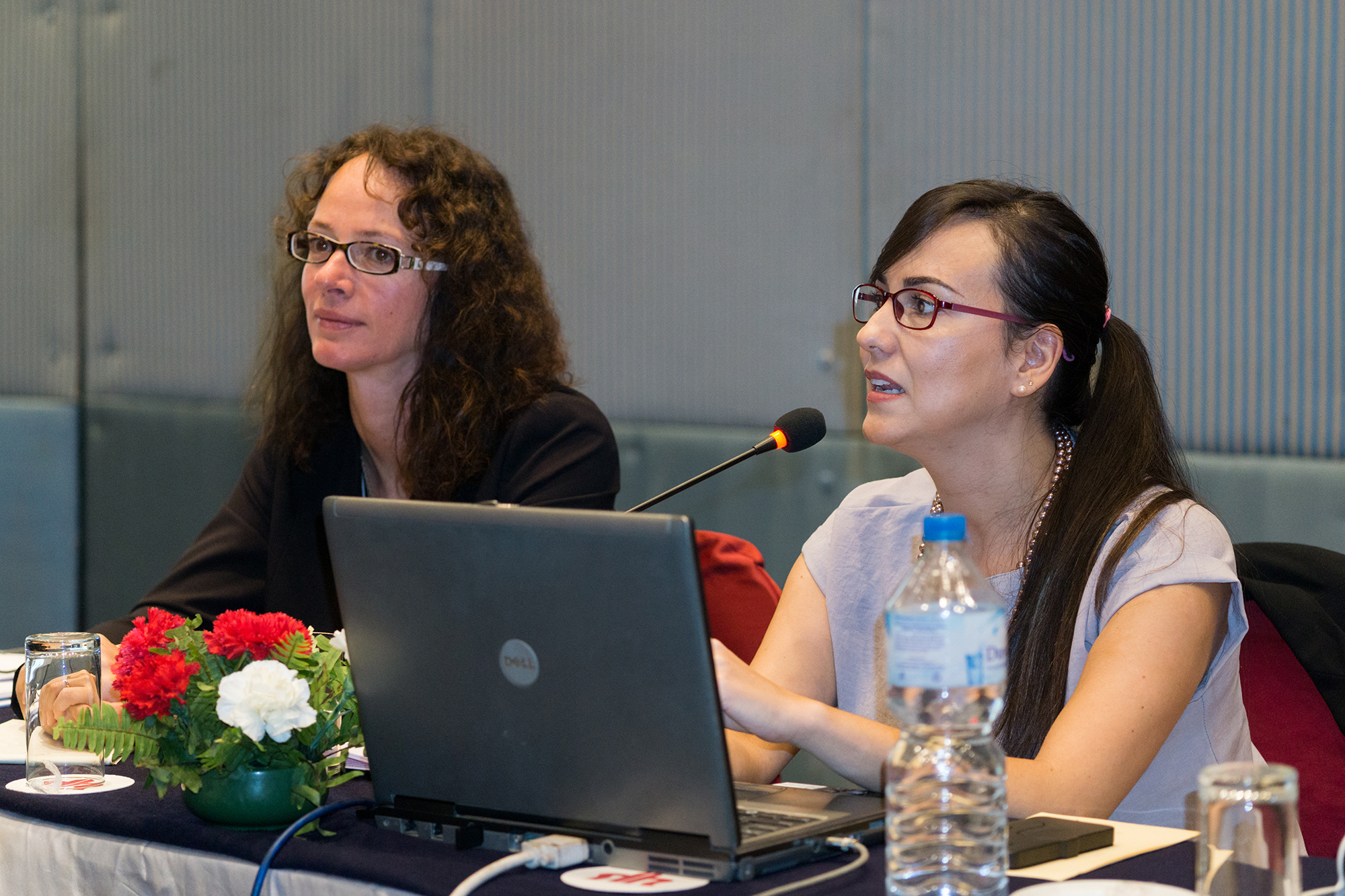 The Forum was inaugurated by Diana Chebenova, Head of Partnerships and Information with the Forum and Dama Sharma, former Coordinator Women’s Caucus, Constituent Assembly member belonging to the Communist Party of Nepal (Maoist). The event brought together over 50 female participants, former members of Women’s Caucus representing different political parties. The aim of the forum was to discuss the challenges of implementing the federal constitution of Nepal focusing on the aspects of gender inclusion and gender representation.
The Citizens Forum featured two international practitioners – Ana Carolina Lorena from Brazil and General John de Chastelain from Canada. 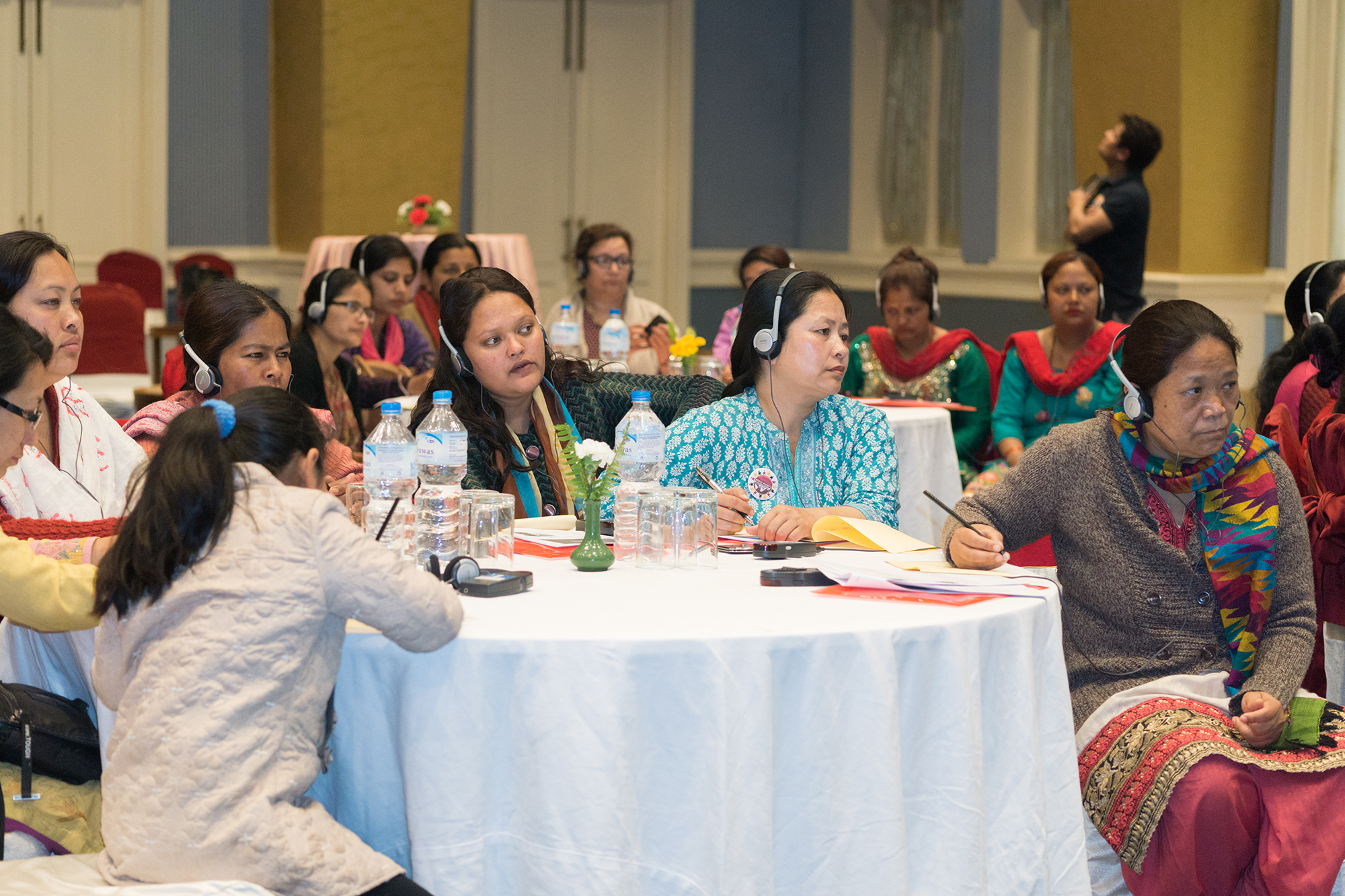 Ana Carolina Lorena, advisor for International Affairs at the Under Secretariat for Federative Affairs of the Presidency of the Republic of Brazil, working in the area of decentralized cooperation and institutional relations, started her presentation with analyzing the concepts that condition the status of women in a society already at birth, by assigning them specific social roles. She also analyzed a few women thinkers and fighters for women’s rights internationally. Her presentation then focused on gender issues in Brazil and specifically at women political participation. Even though the political parties in Brazil are required to have at least 30% of female candidates, their chances to get elected are much lower than those of male candidates namely because of the lack of campaign financing. Brazil’s constitution does not have provision to protect women’s rights and assure their political representation comparable to those found in the Constitution of Nepal.
Second international expert was General John de Chastelain, a retired Canadian soldier and diplomat, who among other roles was Chief of Defence Staff in Canada and headed the Independent International Commission on Decommissioning, which was responsible for ensuring the decommissioning of arms by paramilitary groups in Northern Ireland. Mr. de Chastelain focused in his presentation on the question of leadership in a federal system. He applied the principles of leadership respected in the military context to the institution building in the federal context. Some of the principles such as deciding what you want to achieve and then doing it, maintenance of moral, flexibility, communication, integrity and determination to carry on with the task can well be applied to the context of constitution and state building.
The discussion that followed centred around the challenges of women’s political participation in the context of a patriarchal society, backwardness and prevailing economic challenges in Nepal. The participants expressed interest in experience of the other Forum of Federations’ member countries which have experienced similar transition processes.
In order to enrich the debate, a Forum video on gender and decentralization produced within the Forum decentralization program in Tunisia was played to the participants. The message was that women should engage politically at a local level where their chances to enter politics are bigger than at the higher levels of government. Once women are in the governments, they are more likely to influence policies affecting women directly.
Concluding remarks to the Citizen’s Forum were provided by Ms. Bimala K.C. of Former Women Caucus, Former CA member, United Communist party of Nepal.
This event was part of the project Consolidating Democratic Transition in Nepal, supported by the Government of Canada.