The Forum recently held a workshop, in conjunction with the Ministry of Interior & Federal Affairs (Federal Government of Somalia), on Intergovernmental Relations in Somalia, which took place in Nairobi 21-24 March 2016.
The event included senior officials (mainly minister level) from all the regions and states of Somalia as well as key ministries of the federal government, parliamentarians and advisors from the PM and President’s offices.
The focus of the workshop was to review the needs for IGR in Somalia, both in the current phase of still forging the new federal system, which is still under constitutional design, as well as for making the new federal system work once it is fully up and running.
The workshop covered the objectives of and options for IGR, the relationship of IGR to the rest of the federal system as well as to the broader political, social and economic environment in which it must operate and be effective. He workshop also made recommendations for programming by the Forum of Federations in Somalia over the short- and longer-term.

Participants from the workshop 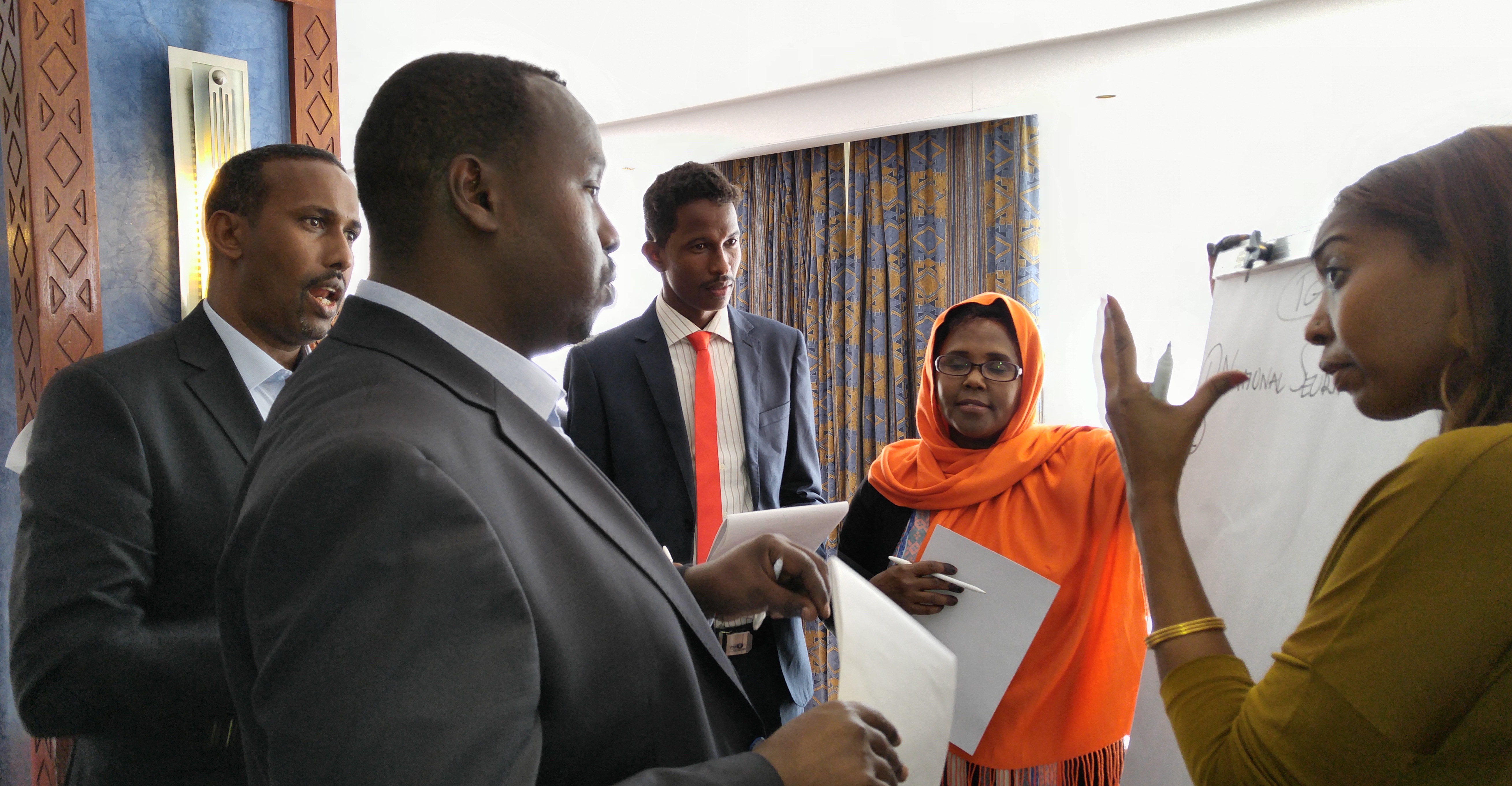