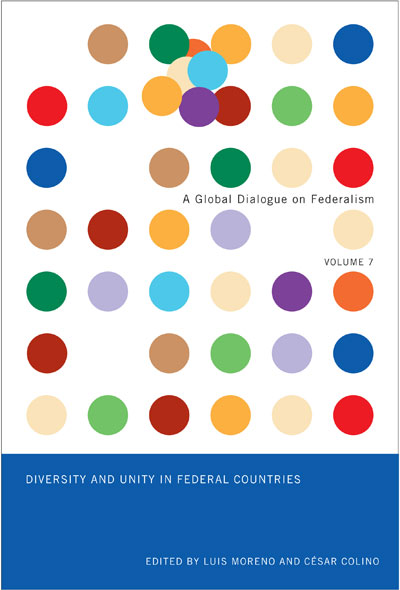 9780773537323
A Global Dialogue on Federalism, Volume 7: Diversity and Unity in Federal Countries

With the recent emergence of large-scale transnational migrant networks, diversity has become a central issue in domestic and international politics. Debates among academics, politicians, and the general public over the accommodation of diversity have revealed both challenges and opportunities for federal countries facing demands that minorities have equal rights, protection, and full participation in the public sphere. Not all federal countries have the same configuration of diversity and different institutional responses and strategies can be observed in the twelve federal countries considered: Australia, Belgium, Brazil, Canada, Ethiopia, Germany, India, Nigeria, Russia, Spain, Switzerland, and the United States of America.

In Diversity and Unity in Federal Countries, leading scholars and practitioners analyse the current political, socio-economic, spatial, and cultural diversity in the countries under consideration before delving into the role that social, historical, and political factors have had in shaping the balance of diversity and unity. The authors assess the value placed on diversity by examining whether present institutional arrangements and public policies restrict or enhance diversity and address the future challenges of balancing diversity and unity in an increasingly populated and mobile world.