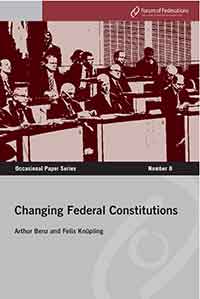 When federal or federalizing countries negotiate constitutional change, representatives from the central government and the regions are most often involved, but individual actors – experts, members of parliament, civil servants and civil society representatives can come from any order of government. Arenas of negotiation can be committees,commissions, conferences or conventions.