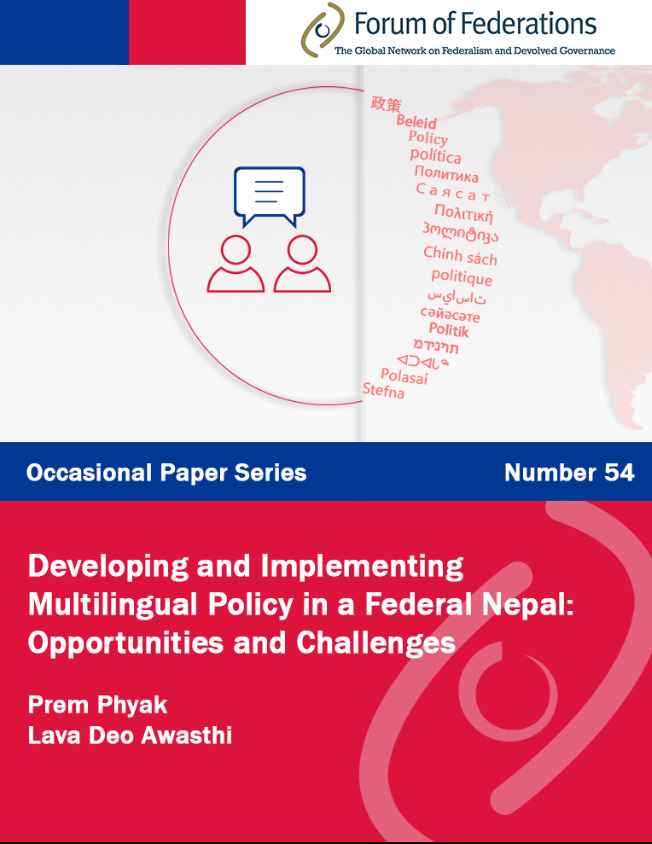 2022
Developing and Implementing Multilingual Policy in a Federal Nepal: Opportunities and Challenges: Number 54

Several federal countries have designated more than one language as official (or national) languages in the federal constitution and/or legislation. In turn, the constituent units (states, provinces, etc.) may accord a similar status to one or more languages. The different designations are not merely symbolic: they usually require or lead to policies, programs and other measures to govern language use. In some nonfederal states where more than one language is spoken, a measure of authority over language policy has sometimes been devolved to regional governments (or the equivalent).