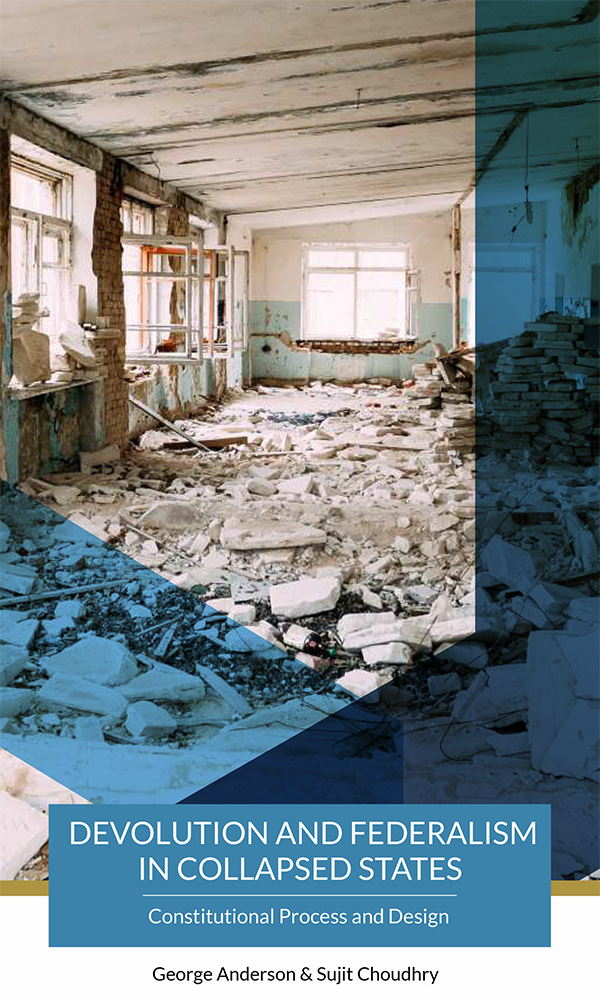 Devolution and Federalism in Collapsed States: Constitutional Process and Design

This working paper examines the implications of state collapse for constitution-making and constitutional design, with a particular focus on devolution and federalism. It examines four cases of collapsed states from the Middle East and North Africa—Lebanon, Libya, Somalia, and Yemen. State collapse and the absence of a functioning government is characterized by the territorial fragmentation of a country, with different areas under different claimants to authority and some ungoverned spaces. There may be extensive fighting over control of various areas and significant fluidity in alliances on the ground. International actors may be drawn in as partisans of different factions or a potential mediators and facilitators of conflict resolution and state reconstruction. Peace-making in such a context requires the main factions—and their sponsors—to accept that the costs of fighting outweigh any benefits and to agree on structured negotiations with one another, which may be a phased arrangement; this may take years. Sustainable peace requires agreements on governance arrangements, potentially including interim power-sharing, a constitution-making process, transitional security arrangements and some guiding principles for a reconstructed state. While a federal or devolved governance arrangement may seem a logical response to such territorial fragmentation, factional elites may prefer power-sharing at the centre. And if they do opt for a federal or devolved structure, they face vexing issues in defining the constituent units, the allocation of powers, and the nature of central institutions, which may result in an extended period of muddled governance and power politics with no constitutional clarity.