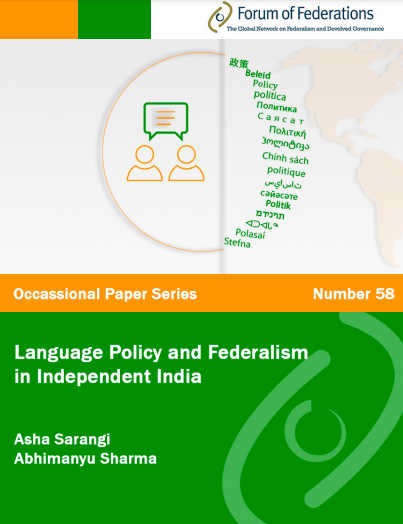 The federal structure of independent India rests on division of powers and resources between the union (central) and state governments as well as numerous institutional and procedural norms, policies, and programs. In this paper, we explore language policy in India from the viewpoint of federalism. According to Sonntag (2019: 70), linguistic federalism has been “a significant component of India’s postcolonial language regime.”

Two factors can explain this: the country’s considerable linguistic diversity and an important constitutional provision (art. 345) that allows India’s 28 states and eight union territories to adopt their own official language(s). Hindi and English serve as cross-regional official languages (art. 343). The boundaries of the states were redrawn by the States Reorganisation Act, 1956. The new state boundaries were based primarily on linguistic-geographical contiguity. This approach underlined the primacy of language as a significant part of political and cultural identity, which seriously affects the critical domains of education, occupation, administration, economy, politics, art and culture of the states and the country as a whole.