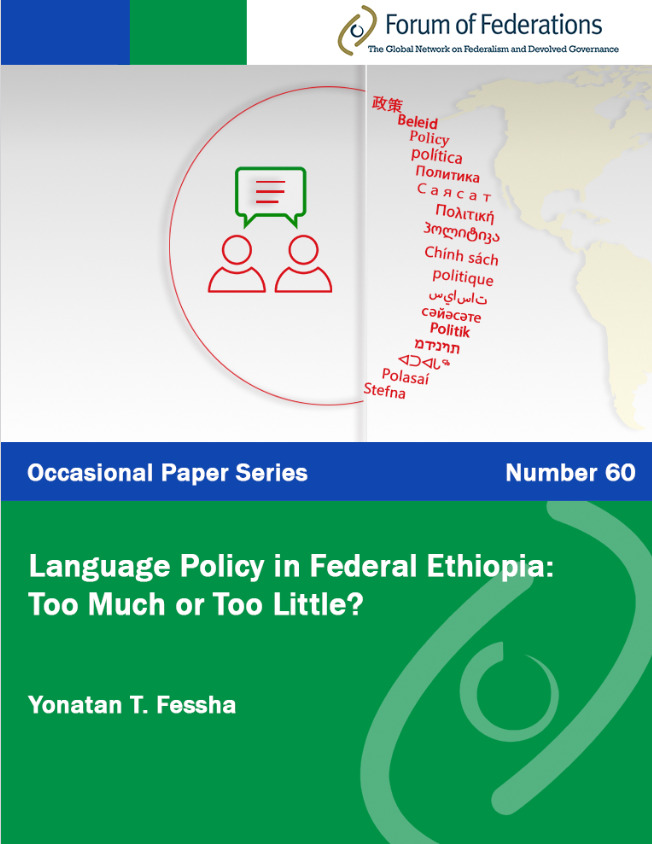 2022
Language Policy in Federal Ethiopia: Too Much or Too Little? – Number 60

Language is a highly significant marker of individual and collective identities. It often provides an impulse for national or community affirmation and claims to self-government. Provisions to recognize and accommodate linguistic differences can be particularly salient in federations, many of which have highly diverse populations. Indeed, in quite a few cases linguistic diversity was one of the key reasons why federalism was central to a country’s founding framework or the result of its constitutional evolution

The paper shows how the country has significantly moved away from its days of unitary language policy. Ethiopia, for the most part of its modern history, was using one language for the purposes of government and education. It now uses multiple languages to conduct government business and facilitate education. Its detractors accuse the Constitution of creating a biblical tower of Babel that harms the unity of the country. Others complain that multilingualism is perpetuating the hegemonic status of Amharic, the historically dominant language. This paper concludes, however, that the Ethiopian Constitution by and large provides a territorial model of language planning that recognizes the linguistic diversity of Ethiopian society.