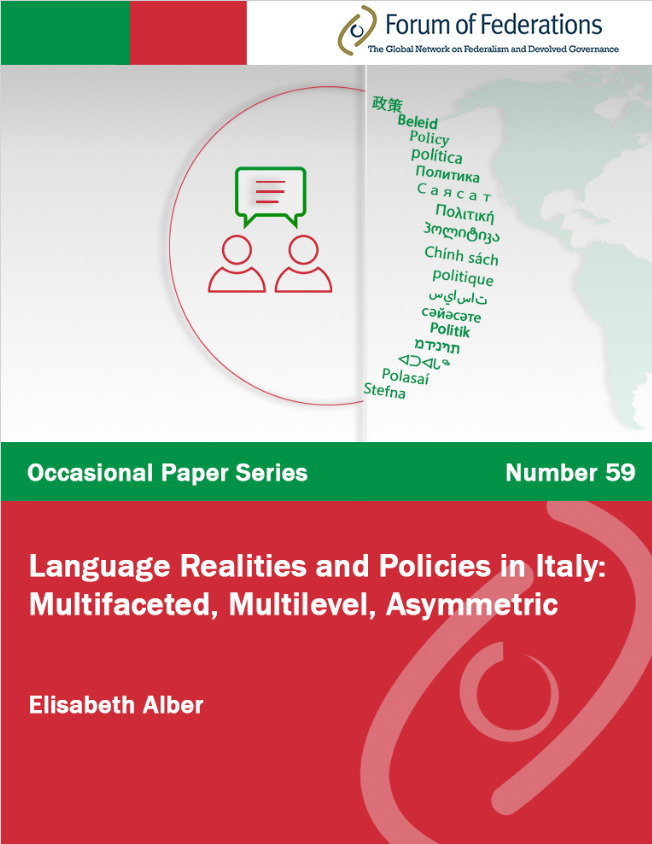 Italy is a regional state that blends unitary and federal features. Twenty regions are the main players at the subnational level. Different types of local government (mainly metropolitan cities, provinces, and municipalities) also form part of the system of asymmetric regionalism, which includes five regions that have a special status and 15 ordinary regions (Arban, Martinico and Palermo 2021).

This paper argues that Italy’s language policymaking – largely uncontested – is necessarily multilevel and asymmetric. It should, however, be developed more systematically to better enable Italy to regulate its multifaceted language realities and encourage plurilingualism (the ability to use multiple languages and switch easily in communication and interaction).