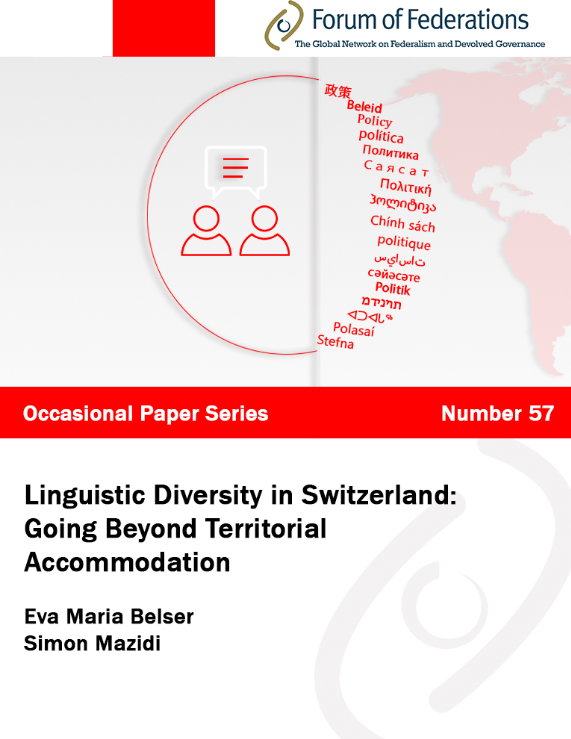 Of the many languages spoken in Switzerland, four are recognized as national languages – German,
French, Italian and Romansh. Multilingualism is constitutive of Swiss identity. Cooperation among the
four linguistic communities and with communities speaking other languages in neighbouring states
constitutes the very foundation of the country and is, in part, its raison d’être (Stotz 2006, 248-49). The
rule without linguistic peace, no country applied first to the confederal and later to the federal project of
Switzerland.

When the short civil war of 1847 between Catholic, conservative, mostly rural cantons and protestant,
liberal, predominantly urban cantons put an end to the century-old Swiss Confederacy, Switzerland
became a federation (nevertheless keeping its previous descriptor “Confederation”). The Swiss
Constitution of 1848, which came into being as a peace treaty, created a central government that had
limited competencies and thus did not question the far-reaching autonomy of the cantons. While it
seemed important to establish a common legal framework for the rapidly industrializing new state, it
was considered an unnecessary threat to peaceful cooperation to harmonize controversial issues such
as religion, culture and language. Military and economic unity, hence, was complemented by
consideration for different languages, ideologies and aspirations. The Confederation and the cantons
were, and still are, constitutionally obliged to maintain linguistic peace.
The basic rules for achieving this are simple: The federal government is multilingual and supports
multilingualism. This is particularly important for the small language groups; the cantons decide
autonomously on their own language policies but must respect the linguistic minorities traditionally
living in their territories.

These policies are well-established and uncontested. They are part of a general commitment to
governing and living together in respect of linguistic diversity, and a constitutional commitment on the
part of the people and the cantons to promote (not just tolerate or recognize) cultural diversity. Current
debates about Swiss language policies do not challenge these fundamental principles. They are, rather,
related to the shortcomings of strictly territorial approaches when it comes to accommodating
traditional linguistic communities living outside their core areas, such as Italian-speakers living in Bern
and Romansh-speakers living in Zurich, and to including new and/or nonterritorial language groups,
such as Portuguese- or Tigrinya-speakers and Yenish- or Sinti/Manouches-speakers.

In this paper, we first examine the foundations of Swiss language policy. After a brief discussion of the
territorial distribution of languages in Switzerland, we present the legal framework for the recognition
and protection of languages and explain its three pillars – freedom of use of each language, territoriality,
and federal promotion measures. We then turn to current debates and pressures for change. In doing
so, we look at the changing linguistic landscape of Switzerland and examine the extent to which internal
and external migration require a (partial) de-territorialization of language policy. In addition to the need
for nonterritorial protection of language communities, we explain why foreign-language teaching has
become a sensitive issue and what English has to do with it. Finally, we identify possible reforms and
improvements to the current language policy framework. A rebalancing of the three pillars of Swiss
language policy is needed to allow measures that promote linguistic diversity beyond the traditional core
area of linguistic communities.