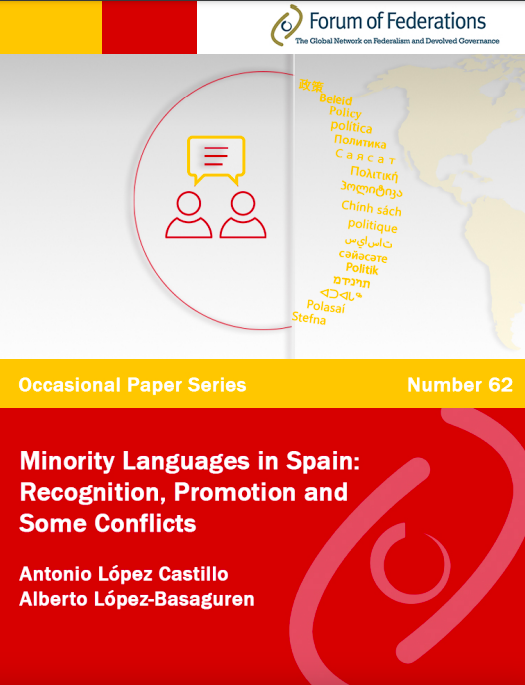 2022
Minority Languages in Spain: Recognition, Promotion and Some Conflicts – Number 62

Spain is a country with considerable linguistic diversity. Castilian (Spanish) is widely spoken throughout the country, but in some areas minority languages are traditionally spoken by some inhabitants. With certain exceptions, this linguistic diversity was not historically protected by the public authorities. The Spanish Constitution of 1978 brought a radical change. It established Castilian as the official language of the entire country; and that minority languages could have the status of official language in the territory where they are spoken, with the particularities to be determined by the Statute of Autonomy (SA) of the corresponding autonomous community (AC). As a result, in a number of ACs both languages have equal status as official languages.

The approval of the SAs and subsequent legal developments in the ACs have radically transformed the linguistic landscape. Languages other than Castilian have been incorporated into the education systems as languages of instruction. The minority (co-official) languages can be used with public authorities, the media and other actors. Indeed, use of minority languages has been normalized in public life in the relevant territories. However, the socio-linguistic situation varies across the country, so the legislative options in the ACs also differ. Problems in the implementation of the language models also vary considerably.

In this paper, we provide an overview of the linguistic situation in Spain and the main elements of the legal frameworks. We then discuss the most significant problems that have arisen in the implementation of the models of linguistic diversity as established through the Constitution and the SAs, as well as the likelihood of further changes.