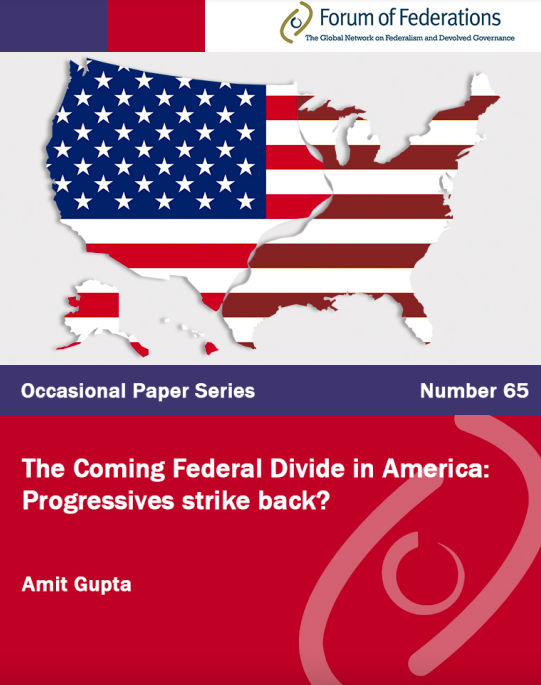 2022
The Coming Federal Divide in America: Progressives strike back?: Number 65

In the next 25 years, spatial and demographic shifts will create major changes within the American political system: by 2040, it is estimated that 8 states will have 50% of the population and another 7 states will have an additional 25% of the populace; secondly, by 2045, the minorities in the United States become a majority, making it the first western nation to have moved to this status. The United States, therefore, is going through a major spatial and demographic transition that will reshape the relations between the 50 states. It has been argued that, as a result of this spatial realignment of the population, the presidency will be determined by older white voters living in sparsely populated states because the American system of the Electoral College will give these states a continued advantage in determining the election results. This article argues that while institutional power may remain in the hands of the demographically older, sparsely populated, and conservative states, the states with the largest populations will have the resources and be at the center of the knowledge economy that the United States is fast becoming. These advantages will allow these states to rewrite the terms of their relationship with the poorer, more ethnically homogenous, and educationally backward states. Further, the more populated states may be able to bring out some significant changes in the social and economic policies of the less-populated states.

Additionally, this spatial and demographic shift will be influenced by a gender transition, which sees more women in positions of power and influence, and the transition from the baby boomers to the millennials in the economy. Such shifts will, however, shape the domestic clash of civilizations in America as some religious and alt-right groups continue to push back against progressive values.