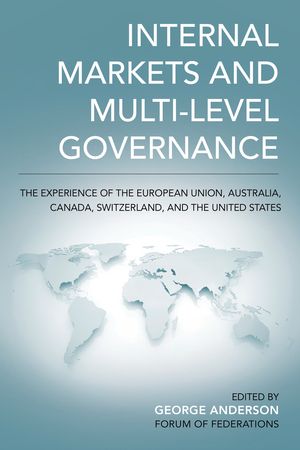 This book breaks new ground in providing just such a study. George Anderson, president emeritus of the Forum of Federations, has assembled a team of leading experts on the politics and economics of federal systems and set them the task of analyzing the management of internal markets in the United States, Australia, Canada, and Switzerland, as well as the European Union. Though similar economic and political factors often play a role in driving the development of internal markets, outcomes and experiences vary widely depending on individual political and economic circumstances. In the concluding chapter, Anderson attempts to draw some comparative conclusions and highlight potential lessons for policymakers.