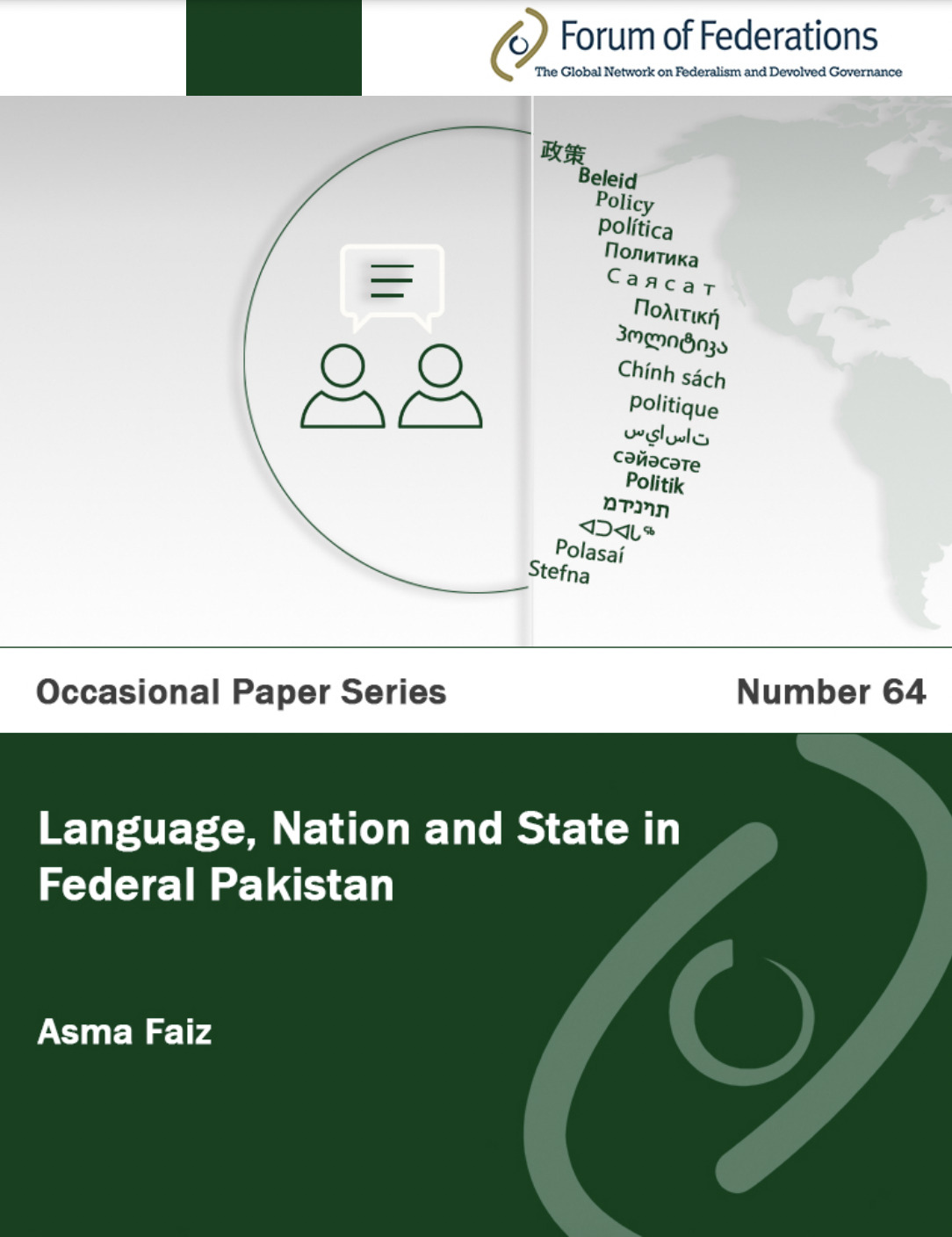 Language policy has long been an arena of contestation and conflict in Pakistan and an essential element of identity politics in the country. Language politics have been at the heart of several ethnic movements, state policies and even demands for territorial reorganization of the federation. At both the federal and provincial levels, language policies have been a source of contestation between state and ethno-linguistic activists. From the declaration of Urdu as the national language in 1948 to the imposition of the Single National Curriculum (SNC) in 2021, the language question has witnessed considerable evolution and contention.

In this Occasional Paper, the linkages between language, nation and state in the centralized federation of Pakistan are examined. During the first decade after partition in 1947, Pakistan saw the emergence of a Bengali language movement. It morphed into a struggle for autonomy and eventually led to the secession of East Pakistan and the creation of Bangladesh in 1971. The recognition of Siraiki as a language separate from Punjabi in the 1981 census was a milestone, and Siraiki language activists currently demand the creation of a separate province in the south and west of Punjab. Much like activists in the rest of the world, language activists in Pakistan have found novel means of communicating through new technologies and social media.