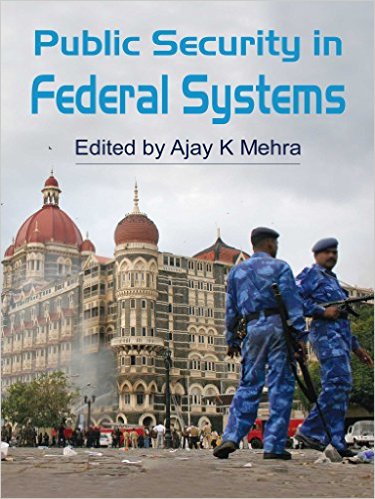 Ensuring public security is increasingly becoming a complex task for governments across the world. Day-to-day public security generally referred to as maintenance of public order is a localized activity, best entrusted to a well-trained and accountable police department. However, public security across the world, irrespective of the type of government has acquired a complex character. Constitutionally designated governance domains of a federal polity create rough patches. Increasing intricacies of public security, with local, national, international and global security crossing each other’s boundaries, is creating not-easily-surmountable-challenges for police departments, increasing compulsions of synergy by the day.

The need for going beyond traditionally laid out division of power to devise mechanisms that can bring different components of the security apparatus function independently as well as in coordination with each other is generally required, but has increasingly become a necessity. The nature of security requirements in rural and urban contexts calls for greater specialisation, professionalization and coordination. Aside from complex character of the politics of terror, emerging challenges of narco-terrorism, pedalling in arms, cyber crime need nationwide dexterity and exchanges amongst agencies and governments. Border management, intra-state and inter-state migrations and ferment amongst marginalised sections of population are other areas of public security that call for a federal management of public security.

The present volume brings together twelve essays on Canada, India, Mexico and USA specially written for the book and bound together by a well-articulated Introduction.