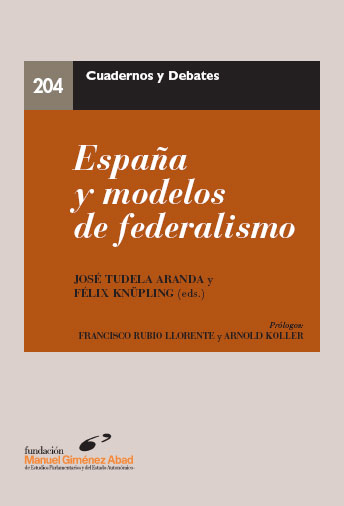 The Forum of Federations and the Manuel Giménez Abad Foundation have released España y modelos de federalism – a publication of proceedings from a conference on The Federalization of Spain: Deficits of Intergovernmental Co-operation which took place in Zaragoza in March 2009.

Co-edited by the Forum’s director for Europe, Felix Knüpling, the Spanish-language book contains papers and case studies highlighting federal experiences in many countries; including Spain, Germany and Canada. Former Forum chairman Arnold Koller wrote the prologue for the publication, which was printed in November 2010.

Spain does not consider itself a federation as such, but it shares many features of federal states. But unlike some established federations, Spain lacks institutions and mechanisms for promoting cooperation between what is called its “autonomous communities,” which are the equivalent of states or provinces in federal countries.