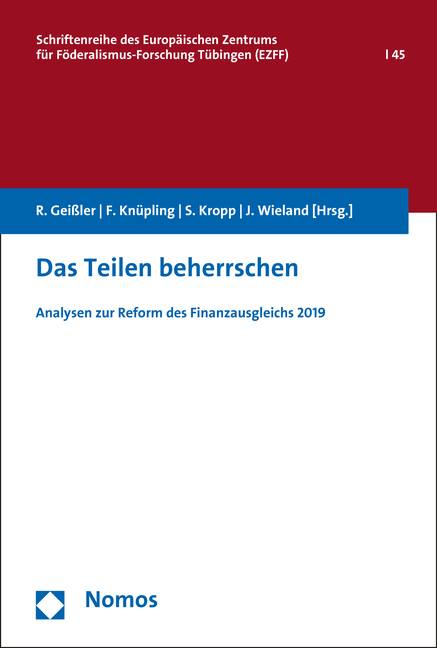 At the end of 2019, three main laws governing German fiscal federalism will expire: the law on general standards, the law on fiscal equalization and the “Solidarity Pact II”. Hence, one of the main pillars shaping German federalism must be renegotiated.

At the same time, the debt brake will become fully binding. Any forthcoming reform will need to cope with the ension between solidarity and responsibility as well as between diversity and the norm of the “comparability of living standards across the country” as formulated in the Basic Law. In doing so, future reforms will also have to reconsider the scope of public service delivery.

This volume examines different reform options and their prospects for implementation from a political science, finance, economic as well as constitutional perspective. Thus, it contributes to a deeper understanding of federal financial relations. Finally, drawing on international examples of financial equalization schemes, similarities and differences compared to the German case are examined.