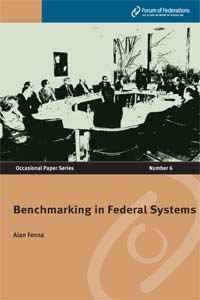 Alan Fenna has taught political science at Curtin University since 1993 and is currently Professor of Politics in The John Curtin Institute of Public Policy (JCIPP) where he is directing research on Australian federalism. He served as 2009–10 President of the Australian Political Studies Association (APSA), been an elected member of local government, and has worked in the Western Australian government. He is the author of four books, including Australian Public Policy (Longman 2004) and, with Thomas Hueglin, Comparative Federalism: a systematic inquiry (Broadview, 2006).