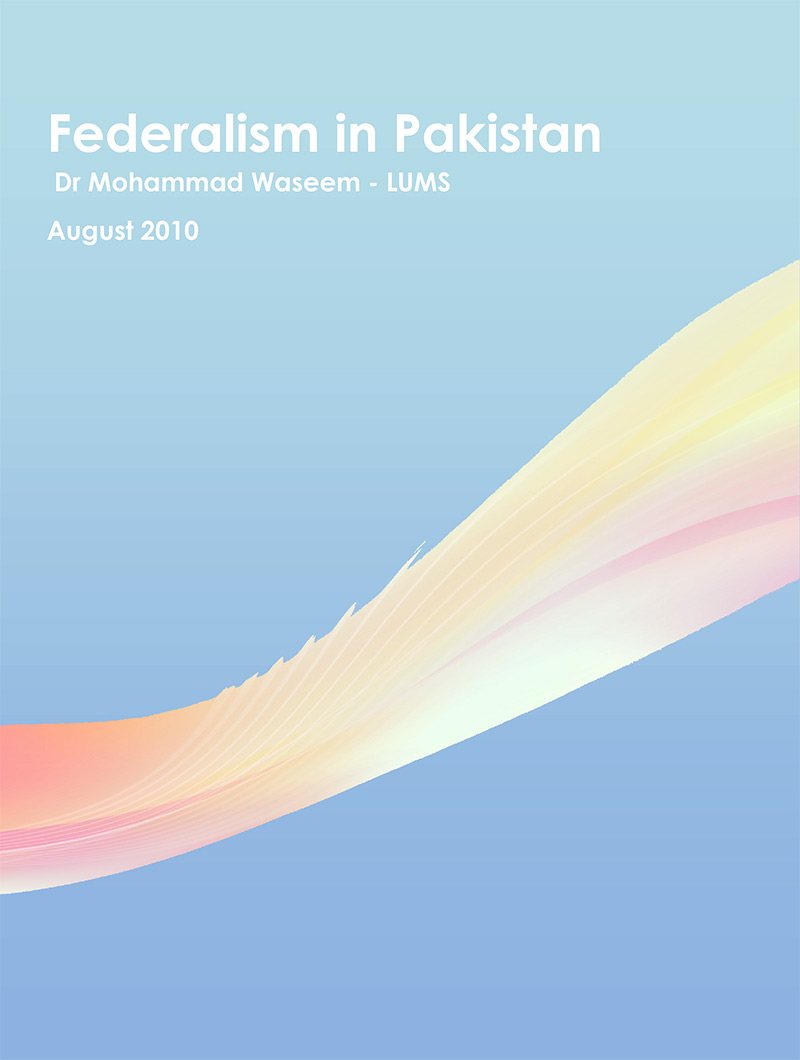 Pakistan has been a federation since independence, partly as the constitutional legacy of British India, partly as the result of necessity from 1947 to 1971 when it comprised two non-contiguous territorial units and partly because the provinces had developed distinct ethnic and linguistic identities of their own as sovereign states. British India brought them and various lesser states under the imperial control, mostly directly but also indirectly.

The former emerged as provinces, in the case of Punjab in 1849, in the case of NWFP emerging out of Punjab in 1901, in the case of Sindh after separation from Bombay in 1937, and in the case of Balochistan in 1970 when it graduated from a Chief Commissionerís province before its merger in One Unit in 1955 to a fully-fledged Governorís province. Those ruled indirectly by the British can be divided into four categories: 1. Princely states of Bahawalpur in Punjab, Khairpur in Sindh and Kharan, Mekran, Lasbela and Kalat in Baluchistan, which were assimilated in their respective provinces soon after partition, and Swat, Dir and Chitral, which merged into NWFP in 1970. 2. Federally Administered Tribal Areas (FATA) and Provincially Administered Tribal Areas (PATA) alongside the frontier with Afghanistan. 3. Azad Jammu and Kashmir (AJK), which was put together as a legal-administrative entity, with its own constitution, legislature and Supreme Court, pending the resolution of the Kashmir dispute with India. 4. Gilgit-Baltistan, a breakaway region of Jammu and Kashmir from 1936 onwards, that remained unrepresented in the legislature of either AJK or Pakistan after independence.