Climate change is a global phenomenon that has uniquely influenced states in the 21st century. Climate Change encompasses global warming and its consequences driven by human impacts and large-scale shifts in weather patterns.

Environmental degradation and climate change erode the existing quality of life and create multiple stresses on economic activity and health. Moreover, impacts may not be limited to any one jurisdiction or country but can also be regional in scale. Thus, crafting meaningful policies on the environment requires coordination between the national, sub-national and local levels. Federal systems are well placed to do so but within the context of national policymaking.   Federal structures add complexity, as constitutionally entrenched subnational entities may have policy priorities that do not align with higher-order governments. Providing multiple roadmaps to federations tackling this issue will be essential to mitigating the effects of climate change. 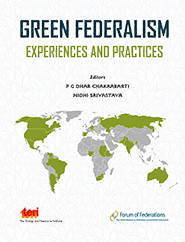 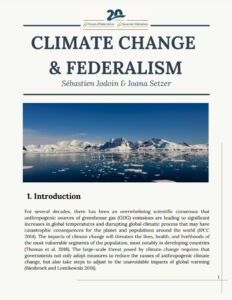 From the Forum of Federations Library!📚